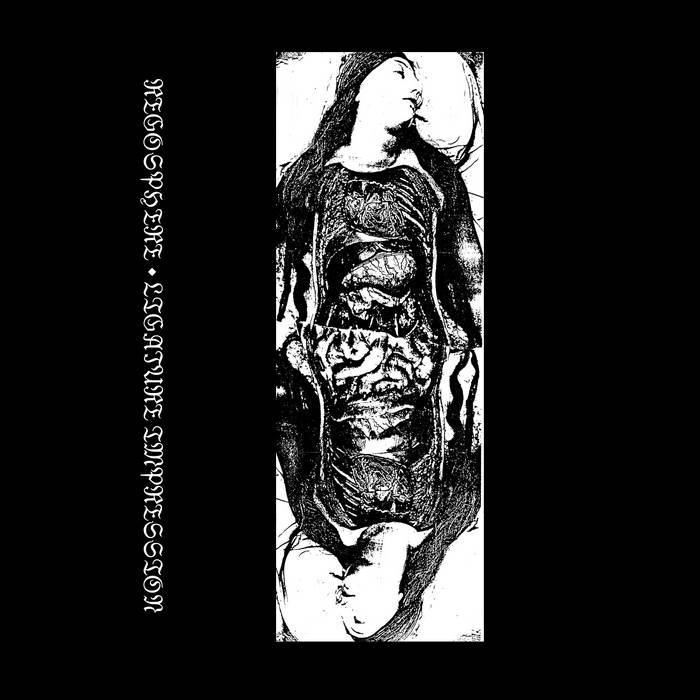 Here we have a new split by long running US death-indutrial artists Regosphere and Ligature Impression.

Regosphere starts off side a with studio versions two tracks he was playing out live before the plague times. Martyr is a track done in his trademark psychedelic power electronics style dedicated to trans friends and family. Disjointed rhythms and tape loops propel crushing synths and scathing vocals. This is followed by an instrumental track diving deep into Serge style west coast modular synthesis, leaving behind the bleeps and bloops regularly associated with such instruments in favor of the raw and nasty.

Ligature Impression drags you into side b with slow moving bass throbs laying the foundation for disgusting tape and metal manipulations slowly weaving in and out like half formed hallucinations. The foggy atmosphere of being released from a car trunk, winding your way down dark alleys and past forgotten buildings in an effort to make it home. Masterful old-school death-indutrial from this maniac.